This ongoing series explores the NAR Code of Ethics through various case interpretations. Please read through the following case and try to decide if there was any Code of Ethics violations. Then click the box at the bottom to find out the answer. (These cases have been provided by the National Association of REALTORS®.)

Shortly after REALTOR® A, the listing broker, closed the sale of a home to Buyer B, a complaint was received by the Board charging REALTOR® A with an alleged violation of Article 2 in that he had failed to disclose a substantial fact concerning the property. The charge indicated that the house was not connected to the city sanitary sewage system, but rather had a septic tank.

In a statement to the Board’s Grievance Committee, Buyer B stated that the subject was not discussed during his various conversations with REALTOR® A about the house. However, he pointed out that his own independent inquiries had revealed that the street on which the house was located was “sewered” and he naturally assumed the house was connected. He had since determined that every other house on the street for several blocks in both directions was connected. He stated that REALTOR® A, in not having disclosed this exceptional situation, had failed to disclose a pertinent fact.

REALTOR® A’s defense in a hearing before a Hearing Panel of the Professional Standards Committee was:

What do you think the Hearing Panel decided? Click here to find out.

The panel determined that the absence of a sewer connection in an area where other houses were connected was a substantial and pertinent fact in the transaction; but that the fact that the house was not connected to the sewer was not possible to determine in the course of a visual inspection and, further, that REALTOR® A had made appropriate inquiries of the seller and was entitled to rely on the representations of the seller. The panel concluded that REALTOR® A was not in violation of Article 2. 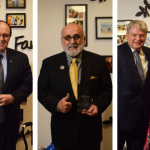