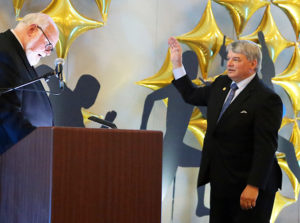 The Santa Clara County Association of REALTORS® (SCCAOR) installed Kevin Cole as its President during an evening ceremony at the Dolce Hayes Mansion on January 26. He will serve as the 2018 President of SCCAOR, a real estate trade organization that represents over 6,000 REALTORS® and Affiliate members in Santa Clara County.

“We are honored to have such a respected individual as Kevin Cole step up as a leader for this Association,” said Neil Collins, SCCAOR CEO. “I have no doubt that he will lead us well.”

Cole is the Broker-of-Record for Alain Pinel Realtors, the fifth largest residential real estate company in the United States. He has been a licensed REALTOR® for over 29 years and has served on SCCAOR’s Board of Directors since 2013. 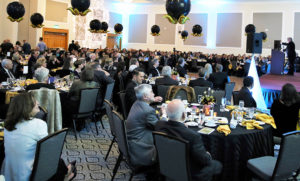 “It’s an honor to lead an Association with such a rich history. I am excited to work with our strong leadership team to help promote homeownership,” said Cole. “I recognize the challenges that our market has with affordable housing and I look forward to engaging on this issue with the community.”