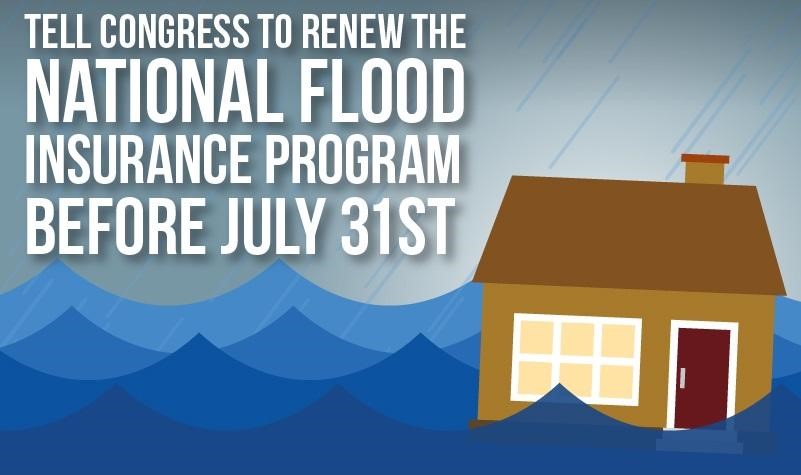 Thank you! More than 129,000 REALTORS sent over 423,000 emails to Senators and members of Congress asking to extend the National Flood Insurance Program (NFIP). Today, that effort paid off!

Under legislation passed by the U.S. Senate today, NFIP will continue renewing or issuing new insurance for four more months. The bill, which cleared the House last week, is expected to be signed into law shortly (before tonight’smidnight deadline).

We applaud lawmakers for taking this needed action to prevent disruptions to closings in thousands of communities across the country. Now extended through November 30, 2018, the NFIP is in desperate need of reforms that will make the program solvent and sustainable in the long run. The National Association of REALTORS will continue fighting for these reforms as the next NFIP reauthorization discussions loom later this year.

Thank you again for taking action on this critical legislative victory for our real estate industry!

The National Flood Insurance Program (NFIP) will expire on July 31, denying necessary insurance coverage to homeowners and buyers in more than 20,000 communities nationwide. Congress must act now to reform and extend the NFIP.

Urge Congress to extend the NFIP and pass meaningful reforms to ensure long-term viability of the program.