California real estate transactions are constantly the subject of hacking scams (i.e., wire fraud) due to our real estate prices. The inevitable purpose is to divert funds intended for escrow into a fake bank account. This article provides tips by a litigation attorney for agents and brokers to avoid liability for cybertheft.

In June 2016, the California Association of REALTORS​® issued a new form entitled, “Wire Fraud Advisory” due to the drastic increase in wire transfer fraud targeting real estate transactions. Yet, as a fiduciary, a well-meaning agent or broker may be inclined to help their client close escrow by facilitating the transfer of the down payment. For example, the broker may confirm that wire instructions from escrow are correct. However, an inevitable problem arises when the instructions that the broker confirm are, in fact, the fake instructions.

A strikingly similar situation arose recently in a federal district court case in Kansas. In Bain v. Platinum Realty, LLC, the buyers sought to purchase a house. The buyers had their bank wire the purchase funds to a bank account that they thought was the sellers’ account. Unfortunately, it was actually some unknown criminal’s account who unlawfully entered the transaction by using fake email accounts that appeared to be similar to accounts used in the transaction. The buyers wired the money based on wiring instructions that were attached to an email account purportedly from the seller’s broker’s account. Having lost their money, the buyers sued the seller’s real estate agent and her employer claiming that an unknown criminal hacker intercepted an email from the title company to the real estate agent that contained the actual wiring instructions, altered the instructions to redirect the funds, created an email address similar to the title company, and sent the new fake wiring instructions to the agent, who then forwarded them to one of the buyers.

In an attempt to prevail shy of trial, the agent argued based on a California case that negligent misrepresentation—that is, a representation made without a reasonable basis for believing it to be true–requires a “positive assertion,” not an implied assertion. As argued, the agent forwarding an email was not sufficient. The court denied the motion, holding that Kansas law differed from California law.

Would it really have turned out differently under California law?  It is true that in California a negligent misrepresentation requires an affirmative statement. However, agents and brokers are fiduciaries to their clients. As fiduciaries, their clients are entitled to rely upon the information given to them. Thus, the agent or broker who—albeit inadvertently—forwards the fake email to their client without confirming it breaches the fiduciary duty to use reasonable care.

At the same time, the agent/broker would have nullified the warnings in the “Wire Fraud Advisory.” It is unlikely that a court would allow a broker to avoid liability for its own actions based on a prior advisory. Such a holding would contradict the right of the client to rely upon his fiduciary’s representations.

On the other hand, a broker does not owe a fiduciary duty to anyone but his client. Yet, he may be liable to someone other than his client if he represents that the fake email is valid without reasonable grounds for doing so. But, the broker likely would not be liable for negligent misrepresentation for merely serving as a conduit for the hackers (i.e., forwarding the email without confirming that it’s valid) because negligent misrepresentation has to be based on an affirmative statement; it cannot be implied.

The lesson from the Bain case is for agents and brokers to require that the clients work directly with escrow. Although you are well intentioned, do not serve as an intermediary. Otherwise, you may be doing more harm than good to both you and your client.

Interested in learning more? Come to Joshua’s class at SCCAOR on June 18th. He will be teaching “Duties and Liabilities of Brokers and Agents to the Client: 101”. Click here for more information.

Twelve REALTORS® recently finished a week long course to become designated as Certified International Property Specialists (CIPS). The designees, many who are members of the Santa Clara County Association of REALTORS® (SCCAOR), were given hands-on experience focusing on the critical aspects of international real estate transactions.

The classes took place at the SCCAOR Offices in San Jose, California, and focused on the knowledge, research, network and tools needed to globalize real estate businesses. The course was taught by Fanny Chu, a CIPS Instructor and REALTOR® based in San Francisco. She has been teaching CIPS classes since 2007.

“I am so proud of the 12 graduates from SCCAOR that completed the course and became CIPS designees,” said Chu. “These realtors will have a clear edge when it comes to navigating the complex challenges that are faced when working in international real estate.” 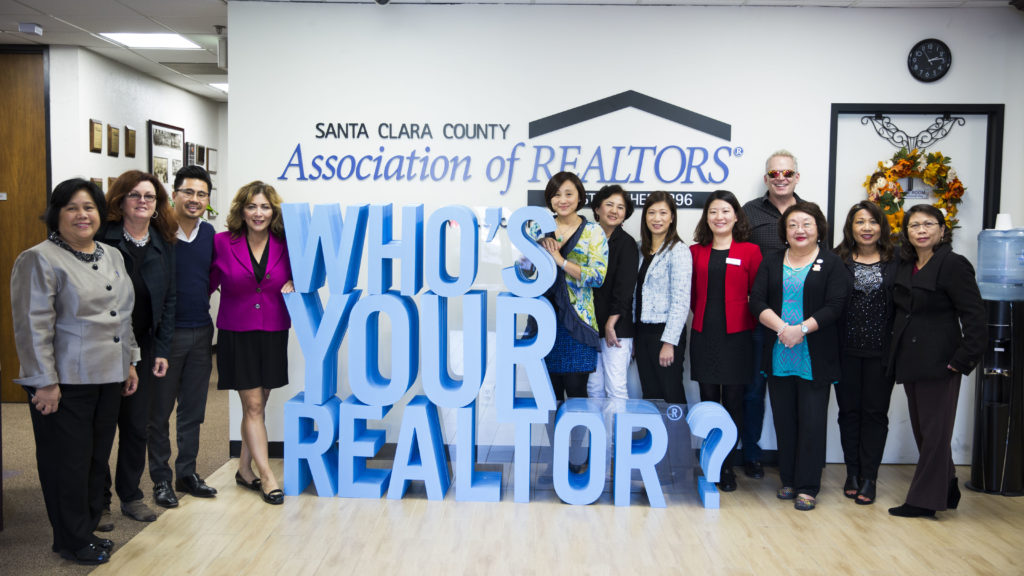 The CIPS designation is the exclusive global designation for the National Association of REALTORS® (NAR), the country’s largest trade association. NAR represents over 1.1 million members, but only 3500 real estate practitioners hold a CIPS designation.

Catering to foreign investors is becoming an essential skillset for real estate professionals. According to a recent report on NAR’s website, foreign buyers purchased $102.6 billion of residential property in the U.S. from April 2015 to March 2016, and this number is poised to increase. Foreign buyers accounted for the purchase of 214,885 residential properties, a three percent increase from the previous 12-month period.

And they will typically purchase more expensive homes. According to the same report, foreign buyers purchased properties valued at $277,380, compared to the median price of $223,058 of all U.S. existing home sales.

“With business continuing to becoming a global game, this designation is more valuable than ever,” said Chu. These designees are truly the global real estate professional for today’s global clients.”

By Nick Pham, Broker/Owner of PN Real Estate and Planning Commissioner for the City of San Jose

You can become more knowledgeable as a REALTOR® by tapping into the City of San Jose’s web site. The site provides a lot of great information about the housing market, development projects and even permit projects.

When you are aware of the city’s future development plans, you become more of an area expert.You can better help your clients with their buying, selling and investment decisions.

Every city planning department has a “General Plan” that outlines the future of the city. San Jose’s General Plan Envision San Jose 2040 outlines all the major community strategies, growth areas and land use policies for the entire city for the next 24 years.

The city’s web site also provides land zoning information as well as building permit information. You can simply enter a property address and find out what zone it is in and potentially how the neighboring zoning may affect your client’s decision.

San Jose has seen major development growth since the stock market crash of 2010.   There are many projects, both residential and commercial, sprouting in every neighborhood.

I have learned that by being a resource of information, my clients often reach out to me about their real estate and non-real estate-related questions. This continues to put me in front of them.